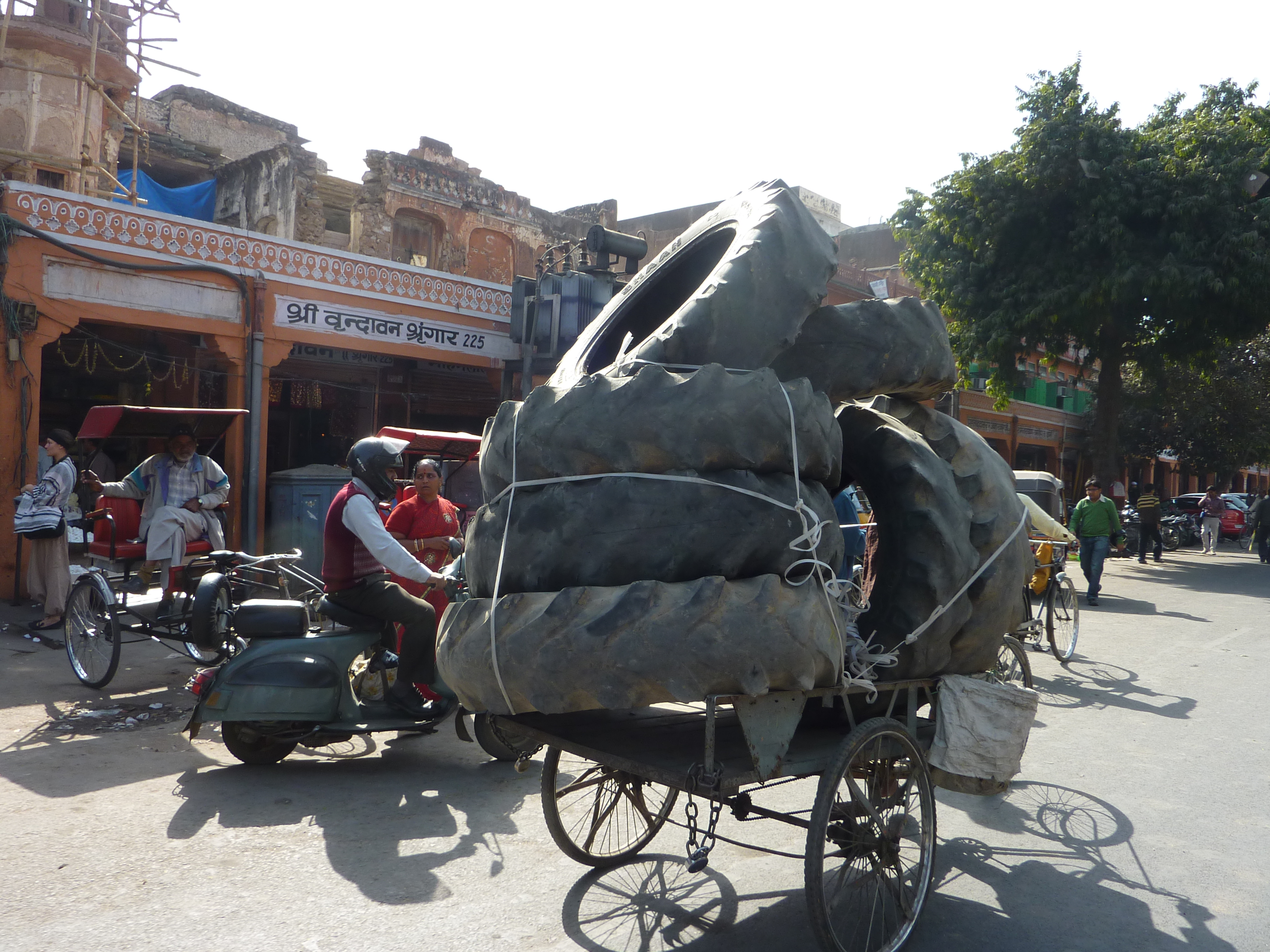 Removing the tusks from elephants & rhinos is pretty distasteful but there’s  one type of horn I’d like to see eradicated completely and that’s the one blasting from every Indian vehicle on the road. Earsplitting sounds emit constantly from an array of horns. If I wake in the middle of the night and for a few minutes I don’t hear them going I start wondering where I am. Trains, trucks, buses, taxis, rickshaws, you name it, they blast it, and the louder the better it seems. Not that it makes any difference to the way the traffic moves, but constantly beeping seems to be an art form in India.

Once I crossed the state line into Rajasthan some things definitely improved. Restaurants & hotels appeared regularly, even with public toilets and signs advertising fresh drinking water. The four laned highway was clean & easy to travel, that was until entering towns where rows of judder bars appeared without warning and threatened to shake the bike apart. Lots of tolls but bikes pass through for free which has been great. The hose extension I picked up in Agra barely last 5 kms before a hole appeared. The grade of rubber wasn’t able to stand up to the pressure.

As if that wasn’t bad enough, with oil spewing all over my pants again, the mudguard stay broke completely and required welding in Jaipur. I’ve had to put strong rubber bands on the brake levers to stop them from being knocked as this locks up the back wheel if the bike is reversed. Unfortunately they’ve also perished which means scouting round for substitutes. Amazingly I covered 245kms in one day – a record for the bike. My ride from Jaipur to Jodhpur lasted 110kms before a rear tyre blew out the side and I had to fit the 19” tube. Fingers crossed it lasts til I can find a correct sized one. I got all excited when I saw an advertisement for offroad KTMs in Jaipur, but that proved premature as the guy in the showroom said they plan on only bringing in KTM road bikes so that avenue for tubes isn’t available. Now if only the guy in the picture had a tyre in my size! 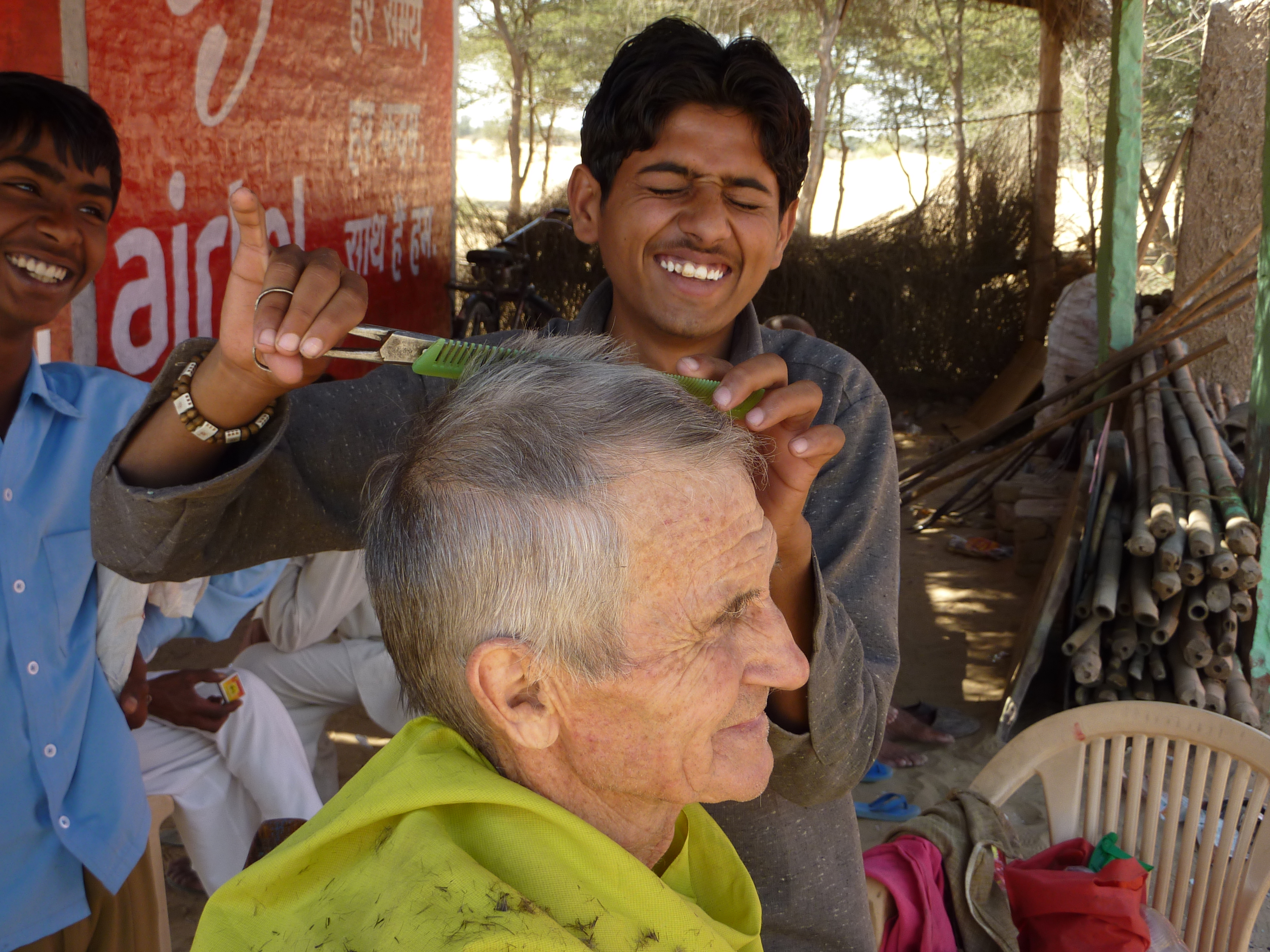 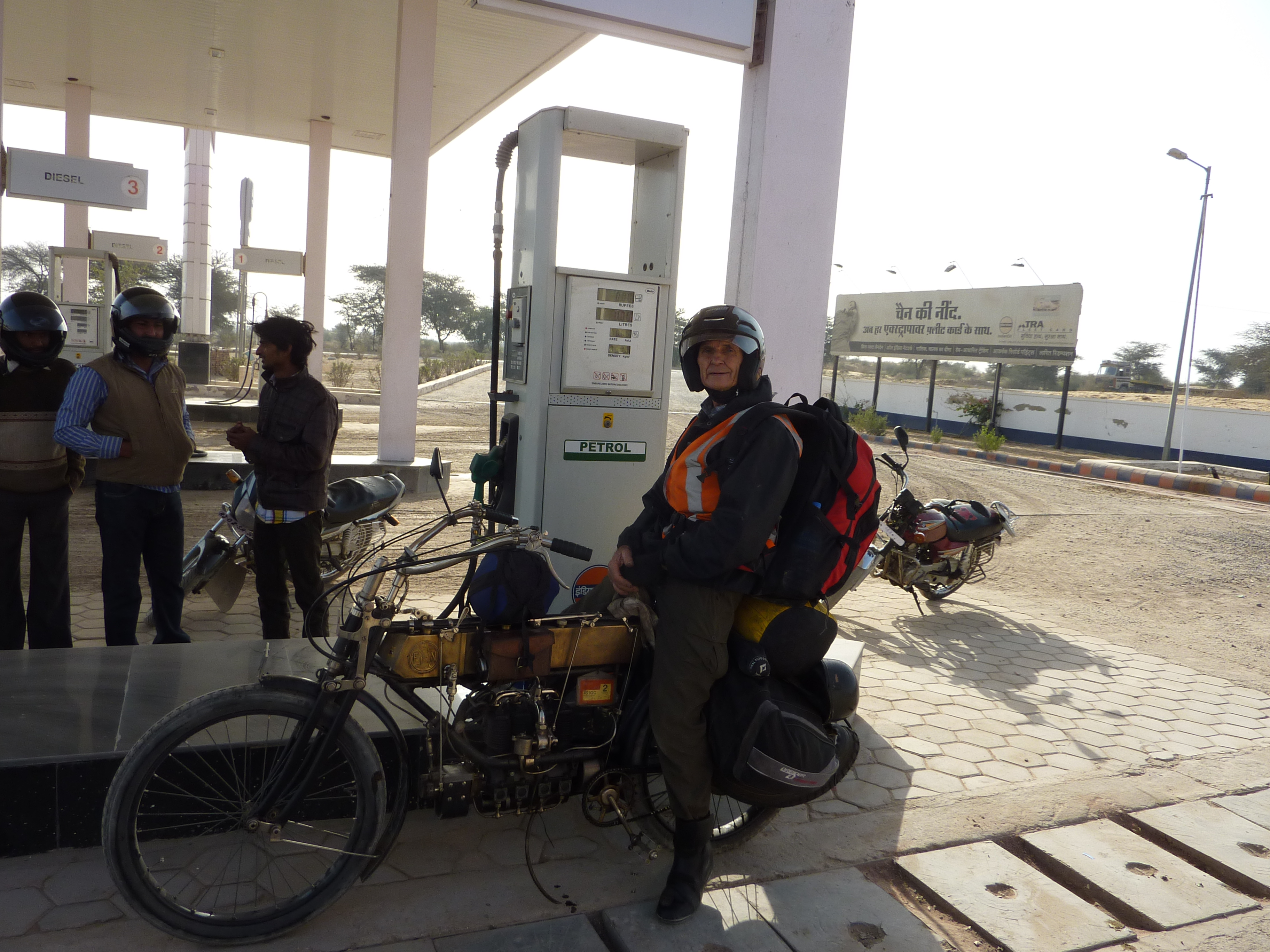