A guy from the newspaper led me out of Lahore to the freeway on his bike. Wheel not running dead true since hitting the pothole the other day. Limiting speed to just 42kph. Good run. Apprehensive about spokes that were fixed, but seem ok. Covered 142kms with light traffic. Lots of plowed fields. Am at Ahmedpur east, south of Bwah. Spending the night at a dhaba.

Started out at 6am. Dry, hot desert. Sand piled alongside roadway. 2pm resting up for a couple of hours. Very hot. Have done 160km today, but will do another hour later when it’s cooler. Lots of trucks heading south to Karachi.

Where I stopped a shop keeper suggesting resting in the mosque, then when I settled down he came and said it was too dangerous and bike might get stolen. So I went and sat with the bike. Man concerned but too stuffed to move. Next thing he brings me out a bed to rest on!

Local map I bought proving useless. Lynne having to relay key points to me via mail. Power so low today decide to dismantle engine as unlikely to make it far tomorrow.

Back on course, have replaced rings in one cylinder. Only needed to replace one of the original spokes today. On the road by 8am. Took 3 hours to cover 61 kms. Broke one front wheel bearing. Worst road of the journey so far. Feel like quitting. Having to rest often. By 1pm I’m told the road improves from here, but given I don’t speak the Urdu they might as well be telling me Iran’s just over the next hill! Only 60kms to go to Sukkur but seems like it’s 600.

Am adjusting the wheel bearings. Luckily after such a hard run all the spokes are ok. Thank god for small mercies. Two and half hours later I’m so hot I thought I had a major health problem, but only the heat and bumps getting to me on the Rohri bypass. Will rest for a couple of hours. This is the longest day of my life.

Was about to settle down for the night at a dhaba when some students stopped by & said they’d seen me on TV. They took me across the road to the Uni hostel where they fed & watered me! Sometimes it helps to be famous! Thanks guys so much for the hospitality.

More of the same, hot, road bad in parts and shocking in others. Having to stop frequently to rest. Spent the night in a police station as the police thought it too dangerous to sleep at a dhaba. Not what I planned but I’ve slept in worse hotels.

Really frustrating trying to make contact with home. No service areas most of the time & only getting a connection once in a while. Lots of police checks along the way. Only 68 kms to Quetta but too tired to go on any further, given the miles I’ve done today. Gave the police the slip & snuck into a dhaba for the night. Locals hid Effie inside where I replaced 5 broken spokes before hitting the sack.

Missed the good road and ended up in the hills which was tough going, but what gorgeous scenery! Then the circus began. Only 2 kms to get to Quetta and I had a police escort for a km, then an army escort, then back to a police escort. Bloody hell, they even made me cross the road to the police check there, with the risk of getting run over. I hope doing 3 push starts in a row isn’t a sign of things to come.

Finally arrived at the Hotel Bloom Star. Breakfast has just been served and I’m looking forward to a long hot shower and getting my clothes washed. A few days rest and I’ll be heading south to the border. Have just learned about the troubles in Gilgit 3 days ago where 16 people died & 50 were injured.

A grenade thrown into a crowd appears to have started the violence. Armed men herded passengers off buses & shot them, the vehicles set on fire. Hard to get my head around this given I was there two weeks ago waiting for landslides to be cleared. My sympathy goes to the innocent people of Gilgit who were nothing but kind and generous to me. The sad irony is that also this week in California a gunman shot several people at a school. The only difference is how it will all be reported in the media. 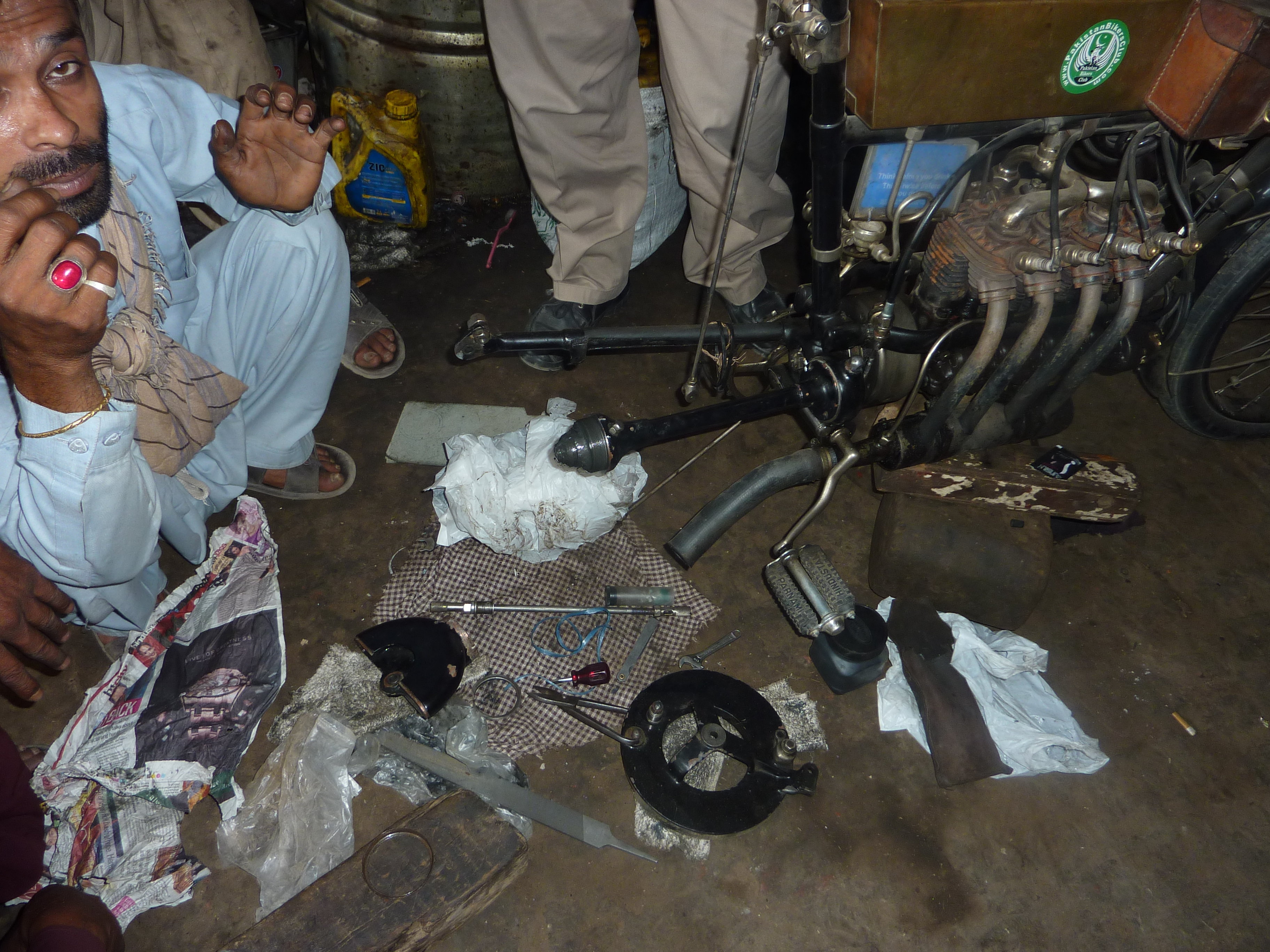