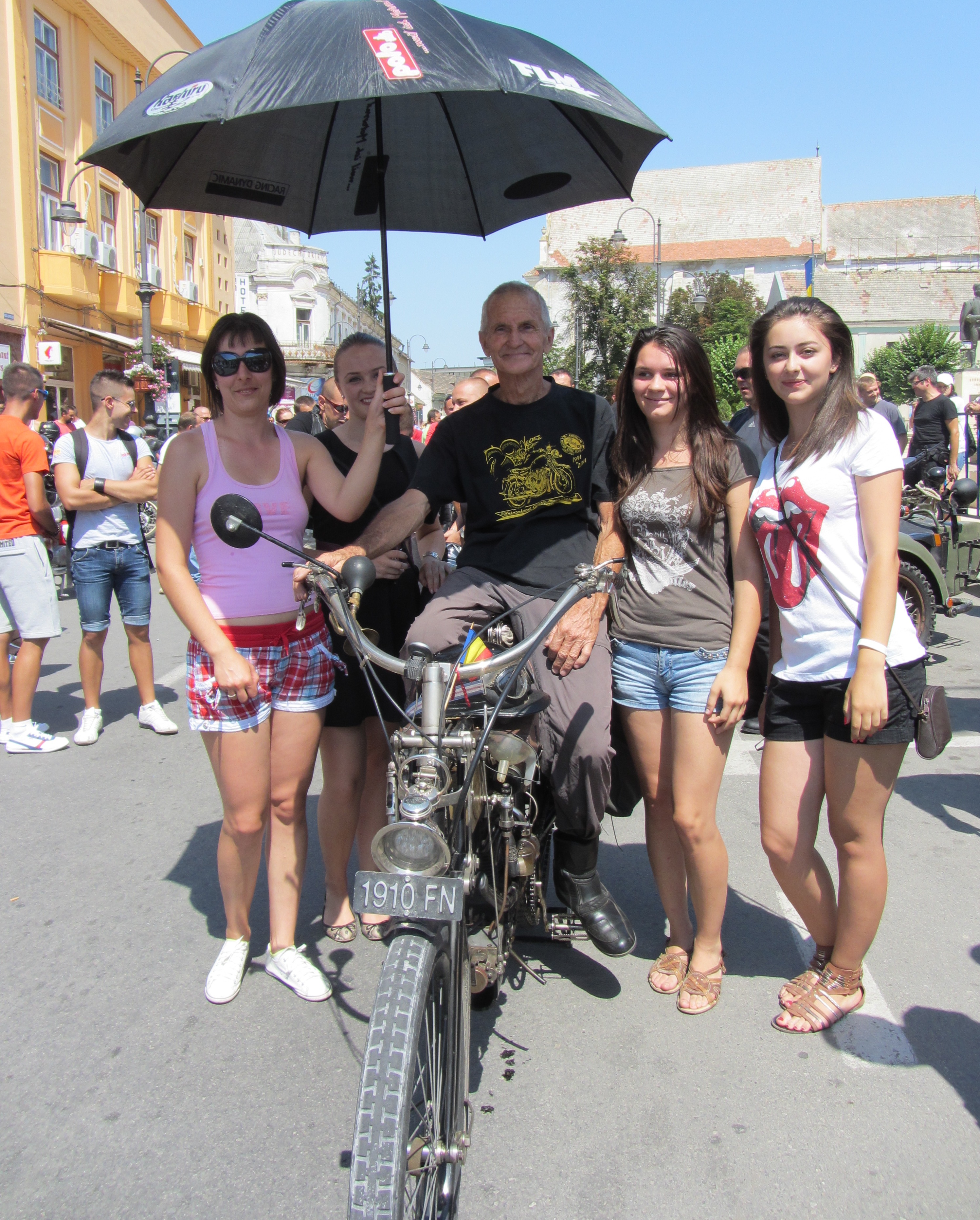 Transylvania – the very word conjures up images of vampires, creepy castles and a thirst for blood. The reality though is flower-filled meadows, magnificent forests, Saxon churches, quaint villages and so much more.

On the way there I’d taken the early morning ferry across the Danube from Bulgaria & was pleasantly surprised to be met by Costi, a Romanian motorcyclist who had been following my blog. He’d ridden from his home in Bucharest to meet each day’s ferry in order to welcome me into his country. At Costi’s parent’s home I was fed a delicious Romanian meal, and treated as an honoured guest with a guided tour of Alexandria. I was especially touched that Costi had taken a week off work to be at the ferry to meet me, and that he still checks in regularly to see that my journey is going well. Thank you my friend.

We rode next day to Pitesti with his friend Andre joining us for part of the ride. Mike, another of Costi’s friends, arranged to have Effie securely locked up and hosted me for the night. While in Potesti, the guys at National Car Company Dacia welded 40 spokes and refused payment. It’s times like this that I am humbled by the generosity of people I meet.

On road to Curte de Ages I asked the police if I could camp the night in the park and they escorted me to a campground in Noaptes where Adrian met me later that afternoon. Vali the campground owner, provides lovely chalets with hot showers, 2 beds per chalet, good toilets, breakfast, dinner & beers available. It’s a fantastic area for campers and well worth stopping overnight. (www.camping-arges.ro) Vali kindly offered me the use of his extensive workshop which he uses to service the KTMs he rents out to off-road enthusiasts.

The gel seat Adrian gave me has been working wonderfully – it’s great to have a bit of comfort at last. We set off early the next morning for the Fagaras Mountains. Road twisted and climbed up to 2000 metres. Despite a few rough patches it was not as bad as I’d been led to believe. Adrian did the honours by push starting Effie about 20 times and in the end became quite crafty by flagging down other motorcyclists and encouraging them to share in the experience! I have to say on this ride it was the best scenery I’ve seen to date with amazing views – mountain peaks and switchbacks all the way down.

Once over the mountains Adrian rode on to Sibiu with the intention I would join him later in the day. I got stopped by police for not having a light on and explained to them with a touch of humour that carbide for the lamp was hard to find in the local shops. One even asked me if I needed a licence for that thing? When I said yes, he asked to see it. I gave him the blog address, told him what I was doing and eventually I was waved on after they had a real good look over the bike. I’m considering using the LED light that’s in the lamp when I reach towns and then charge the battery at night. That way I may avoid any hassles.

Next morning I only did about 2 kms when the inlet valve spring clip broke. I overcame this by using a portion of a spare cut exhaust valve spring. I took the back roads to Turda and after coming down the steepest hill I’ve ridden in my life, decided to spend the night in Sugag after only doing about 46 kms. With the brake hard on and the engine killed, the slowest speed I could get down to was 19kms per hour. I was fair bricking as there was no way I could have stopped even when I saw large earthmoving equipment clearing a rock slide on the far side of the road, so I just prayed there was no oncoming traffic. Even if I’d jumped off I couldn’t have held the bike it was so steep. Luckily nothing got in the way. A pretty hairy ride for sure and one I’ll remember for a very long time. The hairpin bends were made even trickier for a long wheelbase motorcycle because of the sand in the middle of each corner, just as I’d been warned.

Lots more climbing next day but more gradual and fortunately I didn’t need to push or pedal. I stopped for a cup of coffee and a bit of a rest at the Benstar fuel station and Crisan Beniamin generously offered me 6 litres of fuel for free. I’d already filled up a short time before so accepted two litres for my reserve fuel container – thank you Crisan.

Heading on to Turda I took a short detour to a Dumbrava Monastery at Judetul Alba where the nuns fed me a lovely lunch – more food than I could eat in a week! The monastery with its beautiful tended and colourful gardens, cares for 87 orphans and 40 aged persons. It was late afternoon when I rolled into Turda and met up others arriving for the weekend.

Founded in 1947, the Turda Rally is organized by the Transylvania Riders MC. In 2009 the last official race through the streets took place. Unfortunately opposition to street racing meant that this year there was only a parade of bikes through the town followed by a short sprint for each participant. Despite this, locals did get to check out the 30 or so bikes in attendance with the FN attracting a good deal of attention. A bevy of beautiful women surrounding us at the line…eat your heart out Valentino.

Effie took part in the time trial and though she wasn’t able to get her front wheel off the ground or leave a cloud of smoke behind her, she didn’t let the side down, starting first go and achieving a respectable time. Thank you to the club for the old bloke award and the bottle of champagne. Enjoyed the cameraderie over the weekend & met some great people, including two guys travelling from the UK. Thank you Tim & Mike for your much appreciated support. It’s good to see motorcycling is alive and well the world over.

For the next week Effie is taking a break while Lynne & I tour the rest of Romania. It’s a beautiful country with so much unspoiled beauty, some amazing architecture, much of it preserved as UNESCO world heritage sites. By the time I return to Turda to collect the bike, I’ll be only a couple of days away from August and another country. Here’s hoping the sun continues to shine – only one day’s rain in six months! 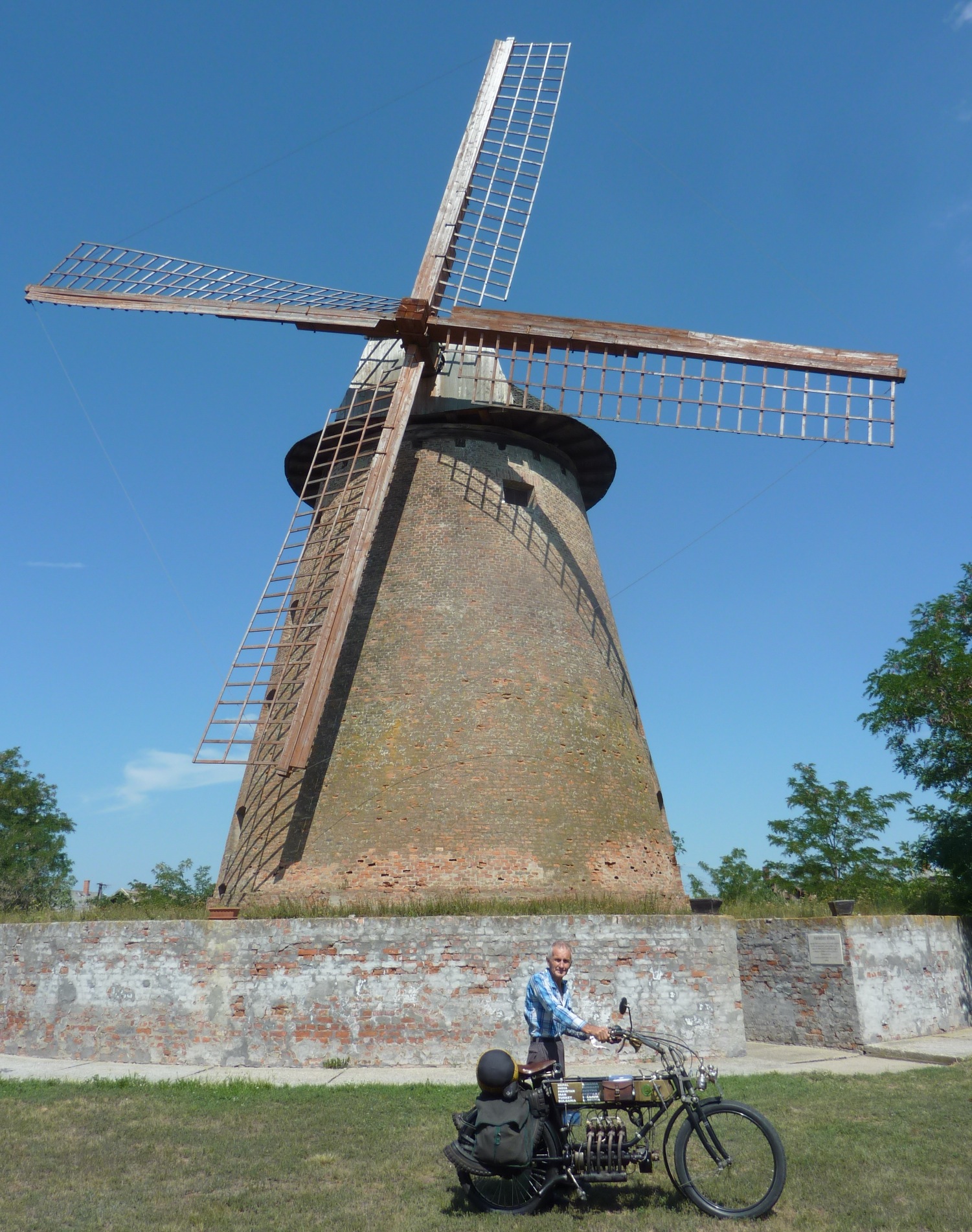 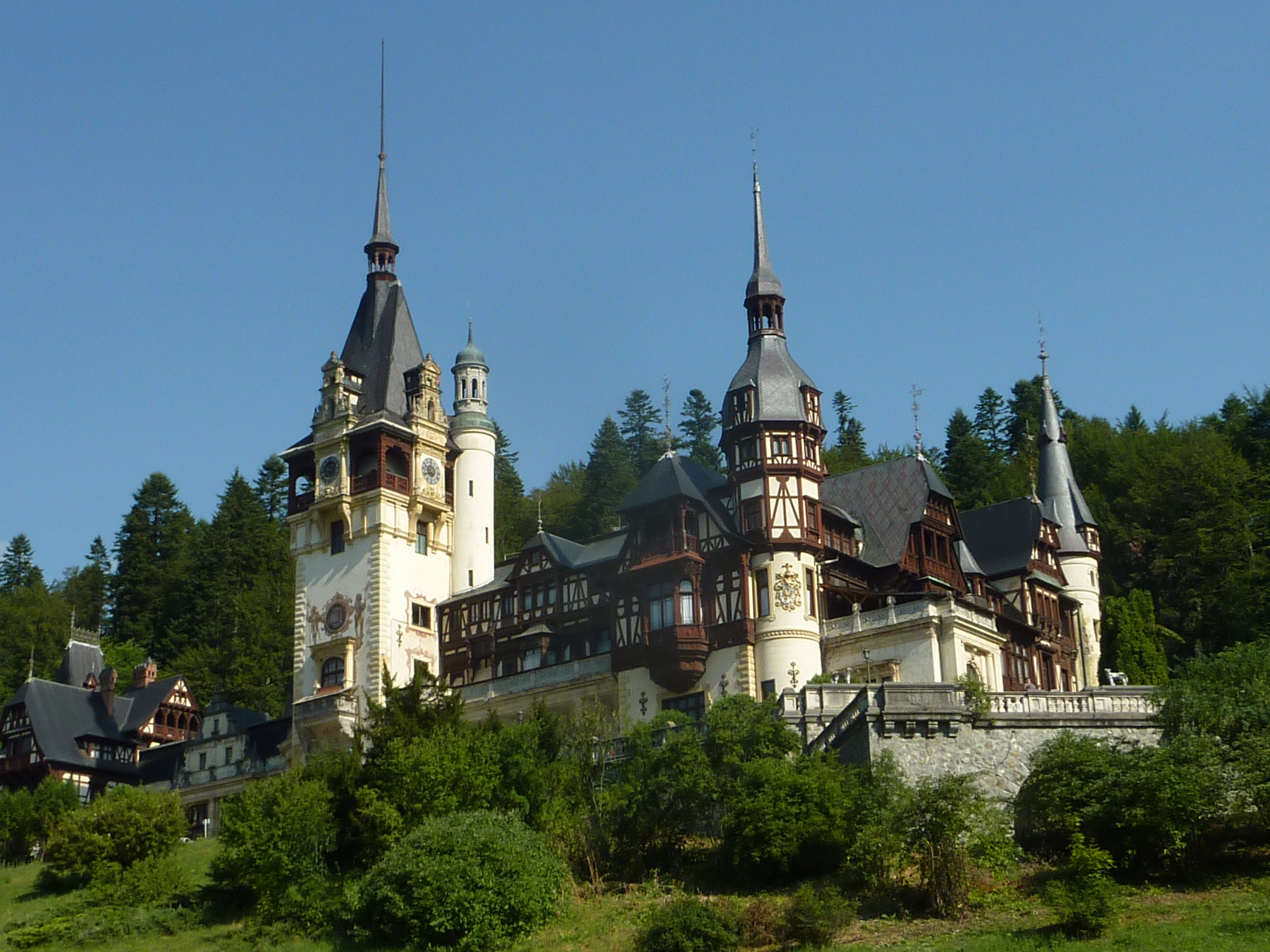