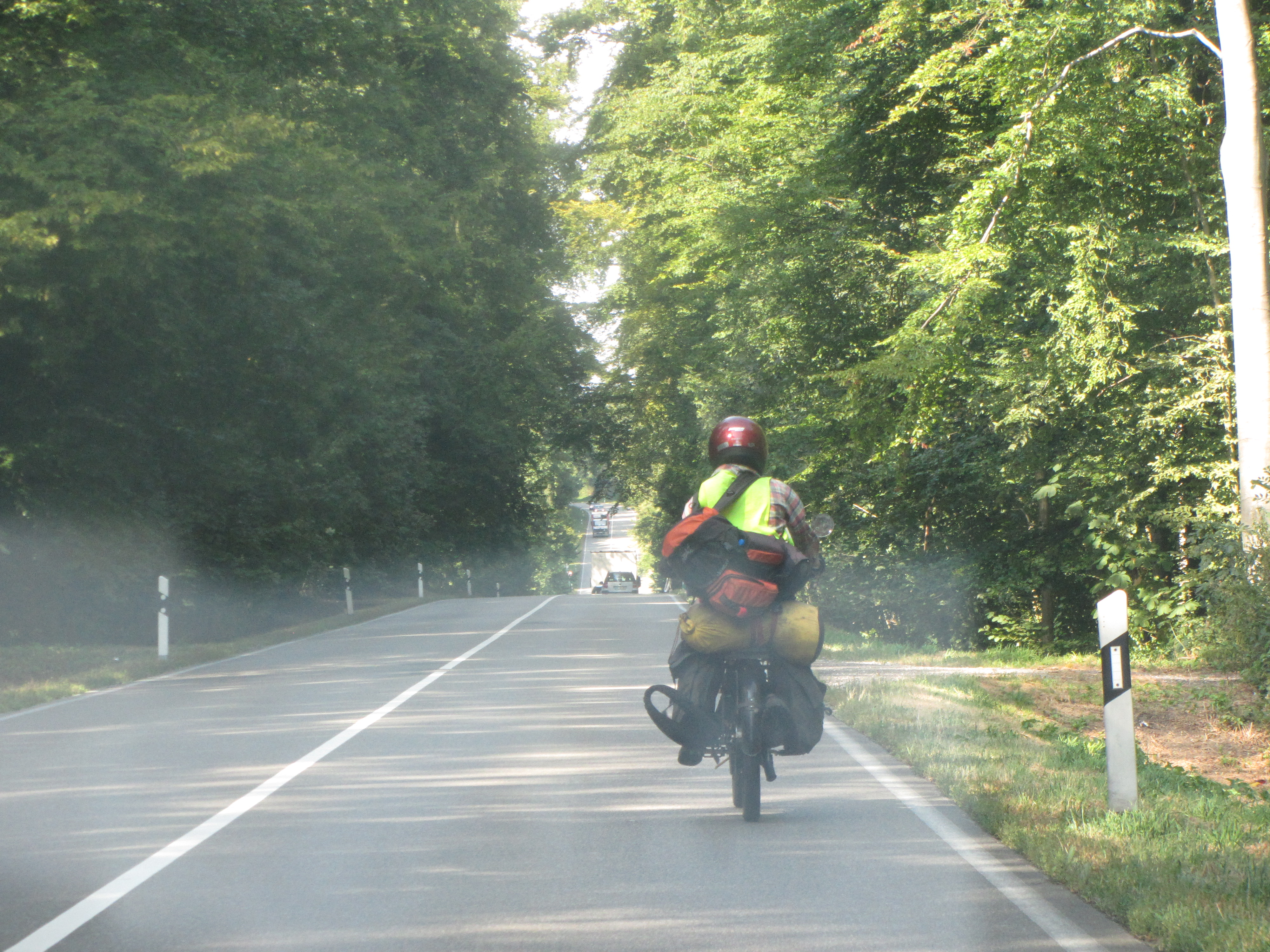 My last few days in Prague were spent sightseeing before setting off from Libor’s for Germany. He’d given me a great route to take and by the end of the day I was only 10kms from the border at Babylon. A nice ride with undulating scenery, then the next day it was an uneventful border crossing at Furth im wald and on to Cham. Now I’m in the EU I’ve missed the ‘Welcome to Wherever’ signs. There was something about them that made it more exciting to cross a border whereas now I just drive from one country into the next. Ah well, change happens.

I met a great guy Mensik at Moto pension before leaving the Czech Republic who took me to his bar and made it his mission to feed me. He must have known I’d lost 10kgs since starting out as he kept offering me food til I couldn’t squeeze in another bite!  And thanks to Libor, the back wheel is now true again and the engine is running well.  When I stopped at a gas station a guy I met handed me his phone, only to find Libor on the other end. He has friends everywhere!

6/9 Unfortunately after 170kms  today the bike’s been vibrating badly and the engine is really showing signs of age. I’ve been having to stop often and run at around 45 to minimize the vibration. Whether Effie can make it another 500kms is questionable but during my routine inspections I did discover the muffler had broken away and there was a piece rattling around inside so hopefully this is what caused the vibration. Still keeping those fingers crossed!

I had a funny incident while camped near the road when a guy stopped and suggested I move further away saying that it’s illegal to wild camp in Germany and where I was situated is a popular place for the police to set up their speed cameras. So I packed up and moved into the trees out of sight of the road. Around 9pm two men one in army fatigues, arrived and suggested I move 300 metres away as they were hunting wild boar and I was in their line of fire! The three of us picked up and carried the tent to a safer location. I did say to them it was ironic that I’ve been through countries considered dangerous by most people and yet I now found myself a target of hunters in Germany!

I finally made it to where I was to stay in Stuttgart after a very stressful ride with heavy traffic and less than easy instructions. After having pushed the bike up the hill the lights changed on me and it was back down to do it all again. This is the part where it’s no longer fun. It’s just bloody hard work. It was 4 degrees when I set off that morning and I’d slept without socks so my feet were frozen. Thankfully the day warmed to 20 degrees so lovely riding weather, but I can definitely feel winter is on the way.

Lynne arrived by train from Nuremberg and we spent a day or two recovering & catching up with mail, photos, diary and the blog. This is always a top priority as it doesn’t take long to lose track of what’s been happening. One of the things I wanted to do was retrace the Bertha Benz Memorial route. For those who don’t know the history of this drive, Bertha was Karl Benz’s (inventor of the Mercedes Benz) wife. One day in 1888 without Karl’s knowledge & while he was away, Bertha took the car (as yet untested over such a distance) and drove it 106 kms from Mannheim to Pforzheim and then a few days later drove it back again. There was no petrol in those days given there were no cars, so Bertha stopped at a pharmacy for alcohol instead. She used a long hairpin to clean a fuel pipe and a garter to insulate a wire. On her arrival in Pforzheim she informed Karl by telegram of her success. Because of her observations on the journey Karl made changes to the car like a lower gear for the hills and improving braking power. Now there are markers beside the roadway, which winds through the Black Forest commemorating this amazing achievement. This picture is me chugging along on the route and it was an honour to ride Effie in her footsteps. What a woman! I did get lost at one stage and had to wonder if Bertha had too.

One of the blog followers had sent an invitation to stay with him in Bruchsal and on arrival I met up with Daniel, a fellow FN owner who graciously gave up his time to make us welcome. A few hours was spent enjoying homemade apple juice while  recounted the past few months to a couple of reporters and a photographer eager for a story. It’s easy for me to become a bit blasé about the journey but in retelling it I’m reminded just what it has taken to reach this point and I’m thankful to those who’ve helped make the journey more than it might have been, including Daniel & Nancy and expat John Galvin. John also happens to live in Bruchsal so we met for coffee and reminisced about all that has happened in the past few months. We first became acquainted in Victoria, Australia where he and his wife Margaret were on holiday, just before my journey started.

Daniel’s kind hospitality meant we got to see the region in a more leisurely manner than usual, including visiting the lovely Chateau of Bruchsal that was destroyed during the war but has now been restored. It houses an amazing collection of antique mechanical musical instruments including the organ made for the Titanic but which never went down with the ship due to a delay in the finishing of it. I’m sure there are many who are relieved that for once the order was not fulfilled on time and the consignment missed the journey. There was a poignant film shown of the Titanic’s departure from Southampton on her maiden voyage.

Today I’m setting off for Bernkastel-kues on a chilly, overcast day. Hopefully the rain holds off and the weather on the weekend will be a bit more inviting. Riders from various parts of the globe will also be arriving and it promises to be an interesting few days. No points for guessing that FNs could be the main topic of conversation!

This isn’t the end of the journey for me as I still want to achieve my goal of reaching the FN factory in Herstal to show Effie where she originated. They haven’t made motorcycles there since the ’60’s so it’s not like she’s going to be getting re-aquainted with fellow vintagettes, she’ll do that at Bernkastel, but there’s a certain nostalgia for me about going back to her roots. Often when I’m riding along I imagine what it must have been like as a young man back to 1910 and how one might have felt with a brand new machine. Proud no doubt, but pretty nervous too perhaps, with the roads far from pristine, not a clue what to do should the engine fail, with a dozen levers & controls to manage and the fear of something going amiss with only a basic hand book to assist…sounds a bit like me today but without the handbook! 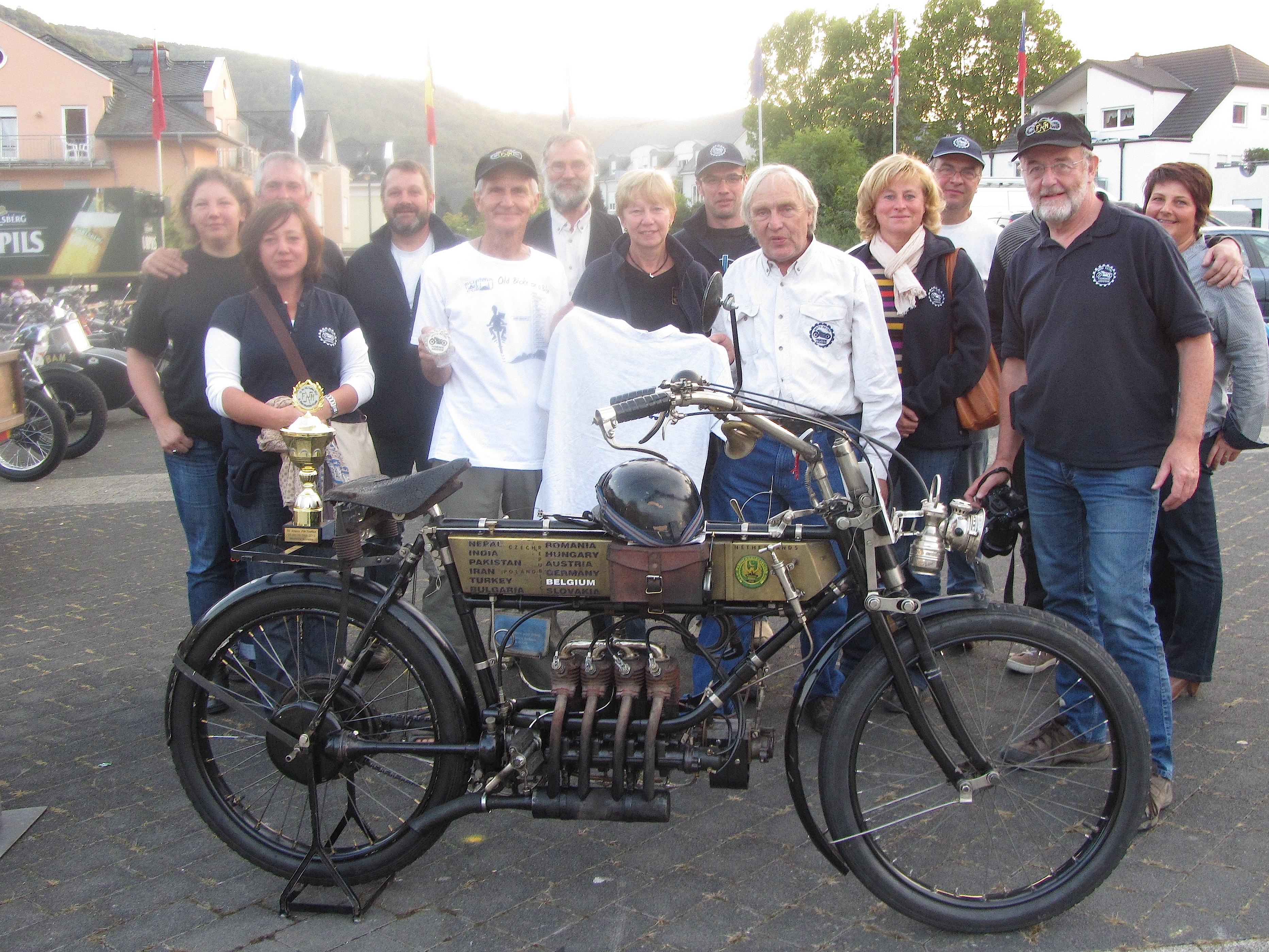 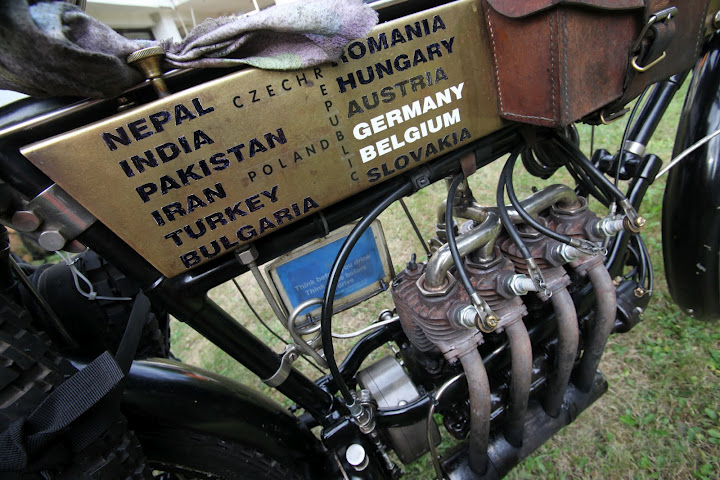