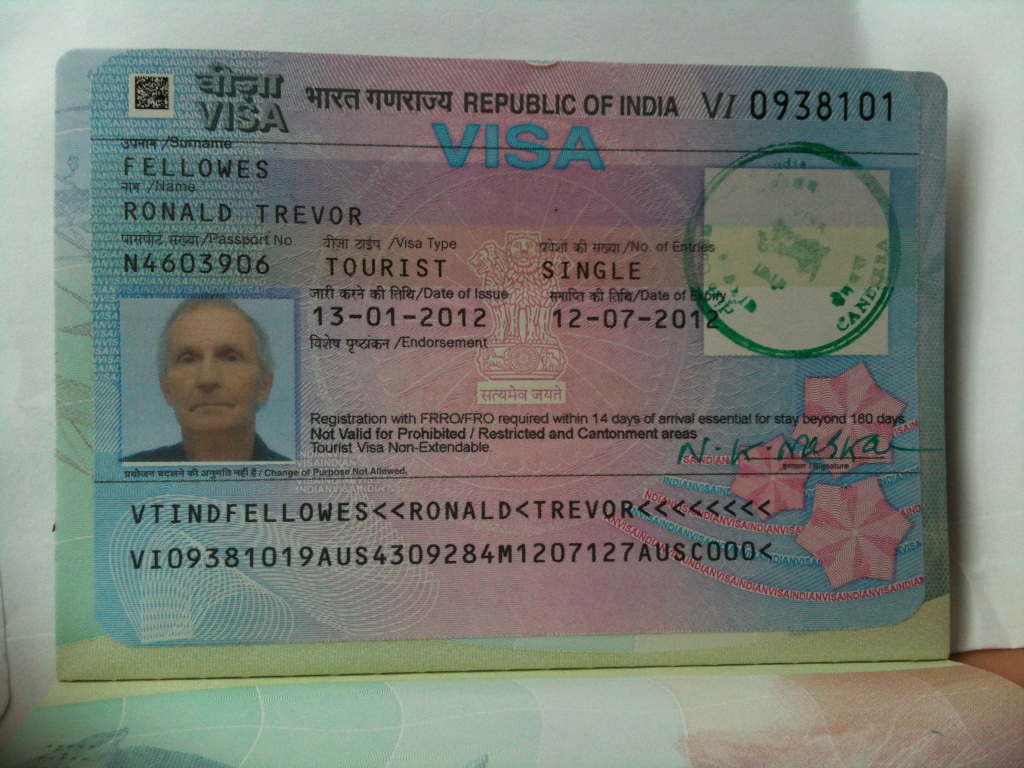 Yippee – I picked up my visa for India last week and posted off my application for the next one to Pakistan. I found that it’s cheaper to get a visa for Nepal on landing in Kathmandu rather than apply for it now so that’s one less bit of paper to worry about. Iran is a different kettle of fish. Rather than apply for a visa through the embassy, it’s a matter of going through an agent who procures a magical number from the Iranian Foreign Affairs Dept which gets sent to a nominated Consular office somewhere between here and there. American sanctions on Iran means bank transactions are impossible but we’ve managed to circumvent that obstacle and pay for the number by alternate means. Here’s hoping the visa itself will be approved and I can visit Iran on my way to Turkey. By all accounts it’s a great place to visit despite the usual bad press the country gets.

One little hiccup in recent days, – the photo booth in the India visa office literally ate a $10 note and refused to spit out my photos until I paid again. A refund cheque is in the mail, or so I’ve been told.

So what’s been achieved? The crate is loaded, the fuel tank on the bike emptied and degassed, clearing it for dangerous goods and my gear is squeezed in around the bike. I’ve been through the stuff bags a dozen times to see what I can do without as they’re bloody heavy, but all I could come up with was a bundle of cable ties and a roll of gasket paper. Somehow I don’t think 20grams is really going to lighten the load and make the pedaling any easier!

Last week I had 50 new valve springs made but the problem, apart from the price, ($356) is they were then too darn strong and they didn’t open – consequently the engine refused to start. So it was back to the manufacturer to get another set wound. Thankfully they worked perfectly, but I have to admit I was bricking.

The carnet went through without any hitches and it’s now awaiting transit after being stamped by Australian customs ready to go. Thai Airways, with their friendly smiles and great service generously assisted with the airfare to Kathmandu – thank you Thai Airways International. I’m now even sporting a spiffy new polo shirt with the colourful Thai Airways logo, so thank you again guys! The bike will fly a few days ahead of me. I’ll head to Bangkok, have a sleepover then be Himalaya bound the next day. Roll on the 5th February! All up expenses to date have cost in the vicinity of $5000.00 so I’m planning on eating lot of rice from here on in!

One nifty little gadget I’ve been given (thanks Mark), is a solar charger for the i-phone. I’ve been testing it in recent days and it seems to do a great job. Only 100mm long it is fully charged after 1 hour in a power socket & 4 hours in the sun and that’s on an overcast day. Unfortunately carrying a laptop is out of the question so I’ll be relying on my i-phone for music, maps, emails, sms, camera, video, phone calls, and possibly my night driving light. Just kidding!!! There’ll be no riding after dark under any circumstances. I’ve done that in my younger wilder days, but a few hairy moments in Mexico after the sun went down taught me a valuable lesson. My plan is to set out at daybreak every day and be well and truly on my way before the cows on the road have even stirred.

I was getting a bit concerned that I hadn’t received a response from my Pakistan visa application so I gave them a call. “My golly, golly gosh, we were waiting to hear where you were planning to stay & the dates you expect to arrive!” Well mate if I knew that I’d probably be travelling by anything other than a motorised camel, but there you go. I guess your average joe blow has some sort of plan and from their perspective I’m not the normal tourist. (Do tourists even go to Pakistan these days?) Anyway, the long and the short of it is that the nice gentleman promised to have the visa and my passport in the post within the next couple of days. I’m reminded once again that most people really do try to help – we just need to be a little clearer about each others expectations. I envisage the official sitting in his office in six months time saying, “I wonder when that Old Bloke is going to call and ask where his visa is”.

It’s now less than a week before I set off and I’m getting pretty antsy I have to say. The weather in Brisbane has been crap of late with heavy rain and flooding so I’ve asked myself what it would be like riding in a torrential downpour for 3 solid days? Best not to go there don’t you think? 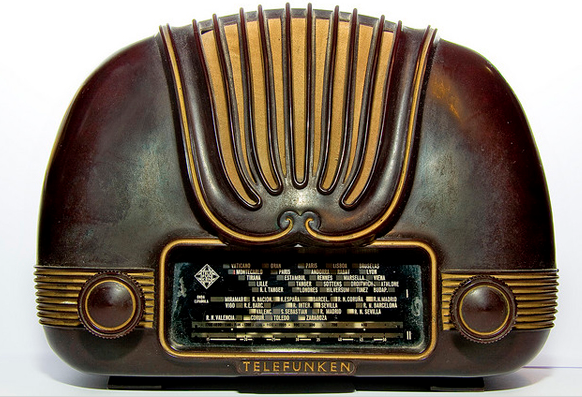 This Takes me Back 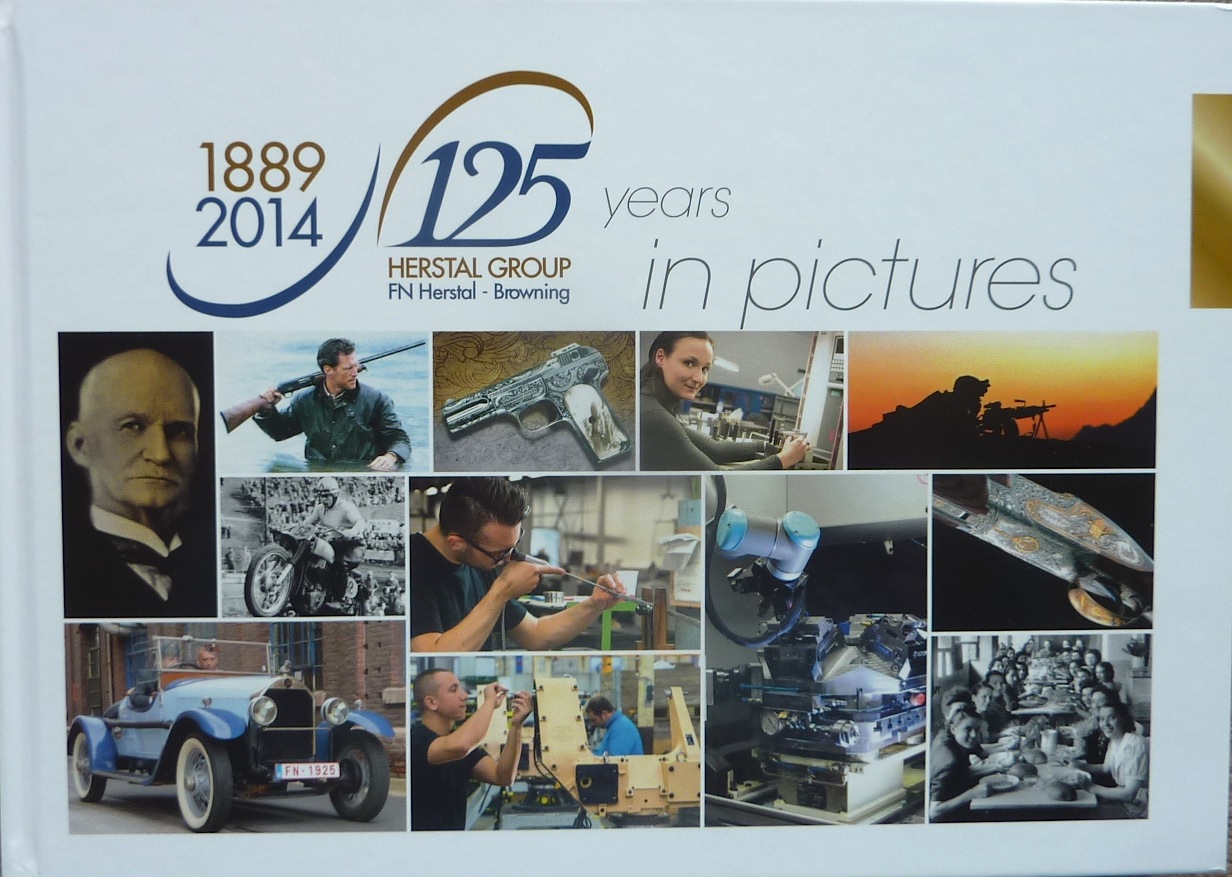