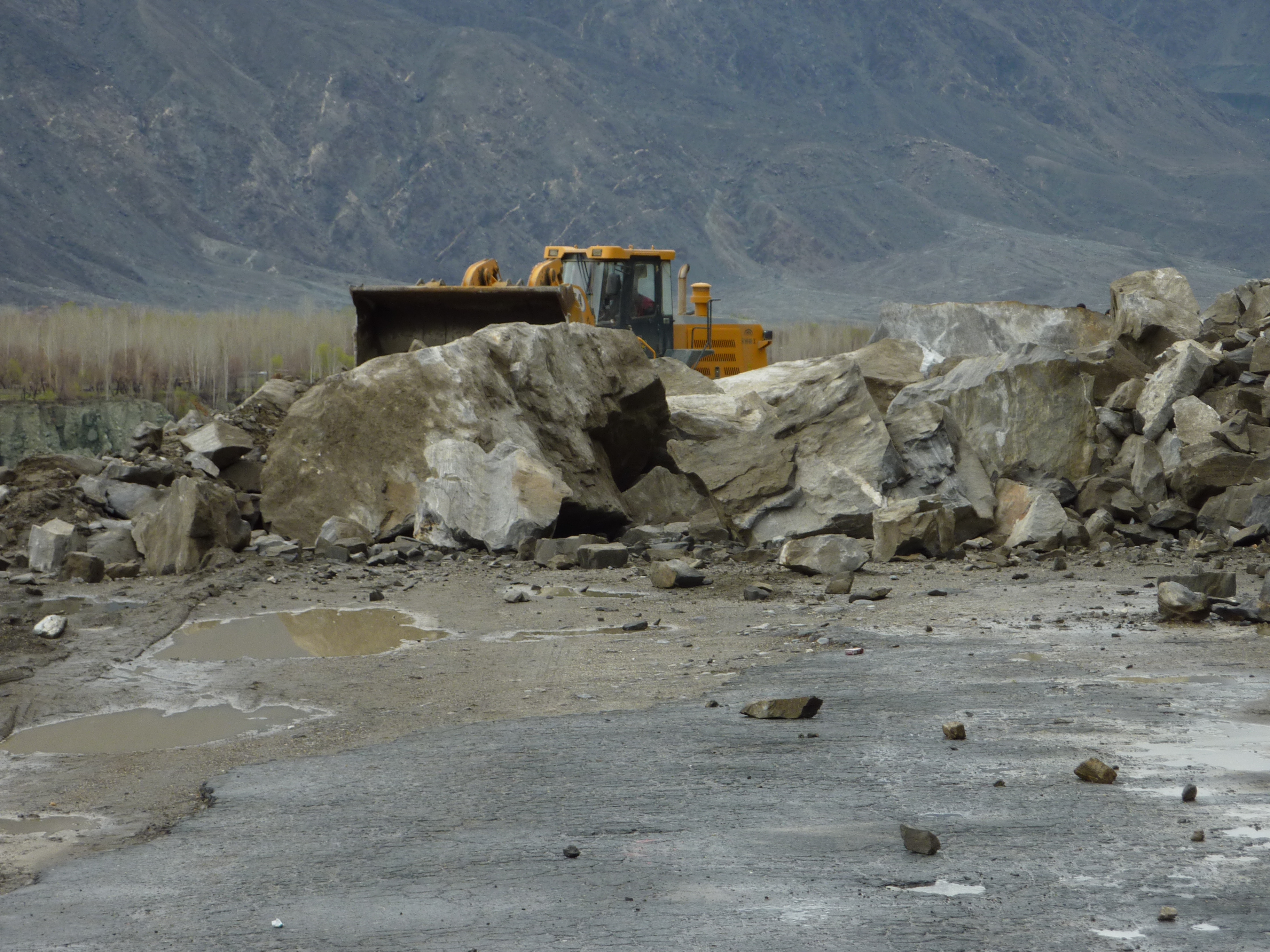 North on the KKH

Well, you know what they say, “The best laid plans of mice and men….”

Whoever thinks riding the FN around the globe might be a challenge hasn’t traveled the Karakoram Highway on a bus for 30 + hours! It had been suggested the northern parts of Pakistan were very scenic and worth visiting, but I decided doing it on the FN wasn’t really feasible given gas might be hard to come by and I didn’t feel I had anything to prove riding that far off my planned route.

There weren’t a great deal of options anyway as it turned out. Because it is still the end of winter, flights were not going in due to the weather so it looked as though a bus trip from Lahore to Islamabad, then a further two buses from there were my best bet. The first bus trip was 4 hours in a pretty nice coach to Islamabad, but they went downhill from then on.  The next bone-breaking journey lasted 28 hours to Gilgit then a final 3 hours to Hunza or was that the other way round? I’m too dazed to remember.

Buses and cars drove in convoy accompanied by a military escort at stages where it was considered dangerous.  A flat tyre and lots of stops for passport & identity checks made for an interesting ride. On one rest stop passengers offloaded to buy citrus trees to take back to their villages and with 18 people crammed into a 13 seater plus luggage and purchases it became a tad crammed.

By the time we reached Gilgit I was more tired and sore than I ever remember being in my life. Even in my old speedway racing & 24 hour endurance riding days I’m sure I didn’t feel this knackered. After a night’s sleep I was marginally ready to tackle the final section and thankfully this time the road was in better condition than the KKH, but I still felt pretty crap by the end.

Being dropped off in the dark beside the road in a power blackout isn’t the most favourable of conditions and all I could do was go door to door asking where the accommodation was. About 100 metres before the address I had, I was invited to stay – to hell with pushing on, I just accepted.

In Hunza I had to make a decision about where I went to from there. It seemed there wasn’t a direct route to Skidu as I’d hoped and any thoughts of renting a bike to do some sightseeing didn’t come to fruition.  It was -1 degree with snow still on the ground. Blossoms were just beginning to bud but it would be another month before the area was green again. As different as the area was compared to what I’d seen further south, it didn’t warrant a longer stay and several hours spent walking across the valley were pretty much it without a bike.

I’d been lucky so far, but unfortunately now came down with a bad dose of the trots and a night spent running to the bathroom was far from pleasant. Thankfully I had medication to fix the problem, but I spent another day recovering before I could get back on a bus to Gilgit. With not much to do it did give me time to contemplate over the past week and a couple of funny incidents came to mind, – in the taxi I took in Islamabad the steering wheel could do half a turn in either direction before it moved the wheel, making for some interesting driving!

Food is generally different and less spicy than Indian meals and most of what I had was tasty. But in Gilgit I was invited to try the local Pizza, which I was told was “very bad. I presume they meant to say “not bad”, as it turned out to be pretty good and more like a pastie than a pizza, but there you go.

Another flat tyre wasn’t surprising given the sharp rocks that bite into tyres. Passengers and drivers alike are resigned to the frequent stops and the inconvenience.

Raja at the Tie Net Café, Gilgit was again a great help with hooking my iphone up to skype & helping me get more familiar with the internet. I might know my way around a bike, but I do need help when it comes to these technical gadgets. Raja and his Dad treated me exceptionally well & I’m extremely grateful for their kindness. They run a fantastic internet café and it’s worth anyone who is venturing up this way to stop in and enjoy the hospitality.

My plan now was to get a flight from Gilgit back to Islamabad, but I’ve got the distinct impression that planes don’t fly into the region regularly until the summer months, despite what I’ve been hearing.  At seven am I was back on a bus, not eager for the long journey again, but the ride soon came to a grinding halt when the road became impassable due to a huge rock slide.The Karakoram highway is not a place I feel particularly comfortable on and I’ve done a few hairy rides in my time. The overhanging rocks that threaten to fall at any minute and huge gaps in rock face appear ominous when you’re beneath them in a mini bus. Still, I could have been on an Italian cruise ship somewhere in the Mediterranean…

So I’m stuck in Gilgit til the road is cleared or a plane gets in. Amongst those looking for a way out is a guy wanting to reach Islamabad as he has a plane ticket to Italy. Guess he has more worries than me as chances are he isn’t going to make the flight. But the weather has cleared, it’s sunny and who knows what tomorrow will bring – fingers crossed!